The Henry C. Heinz Award was created in 2002 to honor those individuals who have exhibited outstanding dedication and commitment to helping children.

A donation of $1,000 from an individual, Kiwanis Club, Division, or any other group of Kiwanians is made to the GDKF, and the interest is used to help young people of Georgia in the form of scholarships and other financial support. The recipient is honored with the Henry C. Heinz Award medallion, a lapel pin, and a certificate acknowledging the achievement.

Who is Eligible for the Award?

Any person who demonstrates the spirit of Kiwanis as exemplified by Henry C. Heinz by exhibiting outstanding dedication and commitment to helping children may be honored by this award. This award can also be given in Memory of said person and given to the recipient’s family.

Who was Henry C. Heinz? 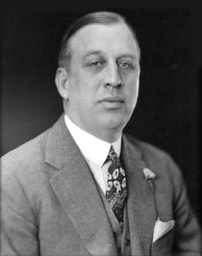 Henry C. Heinz
Henry C. Heinz was born in Connecticut and moved to Atlanta with his family when he was a young boy. He was educated in Atlanta, attended Atlanta Boys High School (now Grady High School), and Emory University. Henry married Lucy Candler, the only daughter of Asa Griggs Candler - founder of Coca-Cola.

Heinz was a very successful banker as Director and Vice President of Citizens & Southern Bank in Atlanta. He was one of the driving forces behind Scottish Rite Hospital (now Children’s Healthcare of Atlanta), was founder of the Atlanta Boys’ Club, and served as president of the Atlanta Athletic Club.

Appropriately, the first Key Club was formed during Heinz’s year as International President in Sacramento, California. Further strengthening Kiwanis’ support of youth work was the publicity given to this Key Club, thus laying the groundwork
for many additional clubs to open in the future.

He brought to Kiwanis both his leadership qualities and vibrant personality. He had a strong determination to always look out for the best interest of Kiwanis. Although intensely interested in all aspects of Kiwanis service, his personal goal was to help children with limited opportunities achieve their potential.